The Mill+ team was challenged with crafting a real-time immersive ride that brought to life the rare experience of riding the Lexus Slide hoverboard. Users start the experience by standing on a pressure-sensitive controller that monitors the user’s weight distribution. Speed along a predetermined path can be slightly modulated by leaning forward and back. Torsion spring physics is used to simulate lean from side to side. 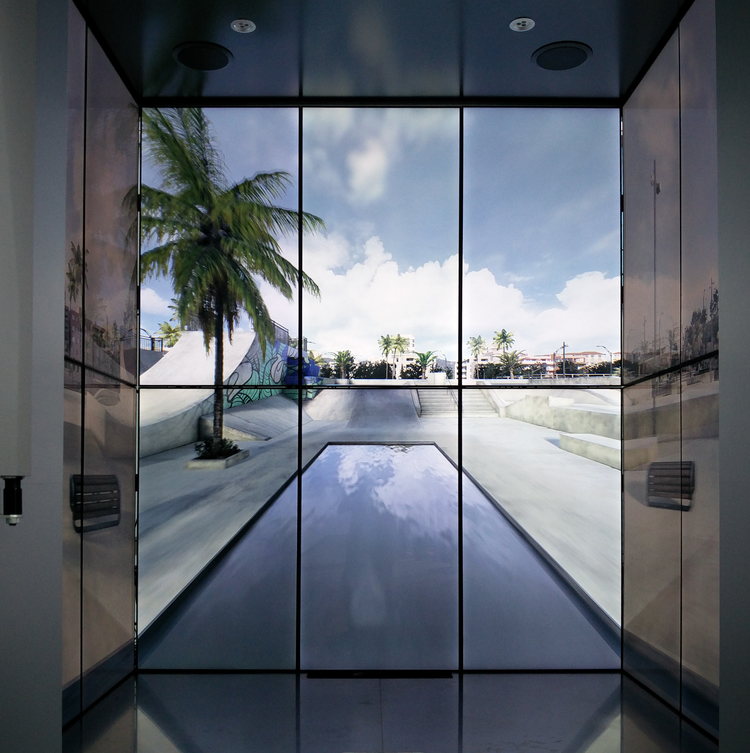 The skate park and surrounding environment were crafted in Maya and Unreal Engine. The big technical challenge was to distribute the real-time rendering across six machines to cover the full 9720 x 3840 resolution of the 18 displays surrounding the user. A solid framerate of 60 fps was a requirement: anything below proved to be quite uncomfortable (motion sickness inducing). Thus each machine was setup to render half of one wall, with one NVIDIA GTX 980ti and v-synced NVIDIA Surround. 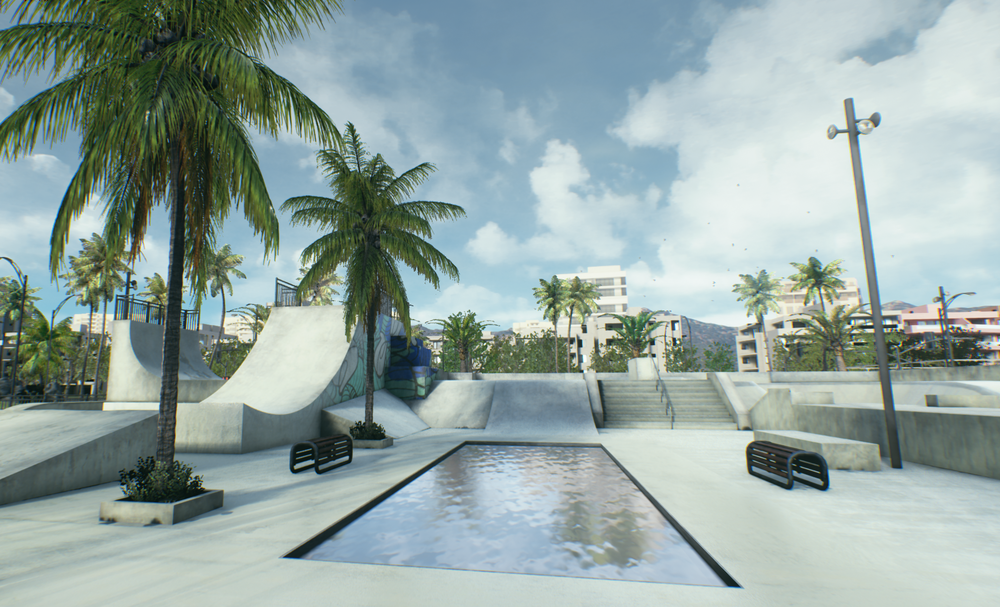 In order to do so, we had to modify UE4 since it didn’t support asymmetric view frustums (lens shifts) out of the box. While we did not have time to achieve global frame-sync, distributing view position, orientation and Matinee transitions states proved to be sufficient. (Credits to Ryan Bartley for cranking out solid networking code!) We also had to minimize screen space post-process effects since they would cause disparities between computers. The last addition to the system was a DMX-controlled fan for wind simulation!

Note that this system was all developed prior to the existence of Epic’s own nDisplay system.

We distributed #ue4 across 6 rendering machines for this install @ LA Auto show. Wii balance board for user input. pic.twitter.com/9nCdZtlYRY

An in-depth description of our technical approach can be found on the Unreal Engine blog: https://www.unrealengine.com/en-US/developer-interviews/the-lexus-hoverboard-ride-the-slide-experience-shows-off-slick-moves-with-unreal-engine-4